Miami Advertising And P.R. Firm Promotes From Within

The Weinbach Group Names Meieli Sawyer Director Of Communications
1.77k
Facebook Twitter LinkedIn WhatsApp Email Copy link Your browser does not support automatic copying, please select and copy the link in the text box, then paste it where you need it. 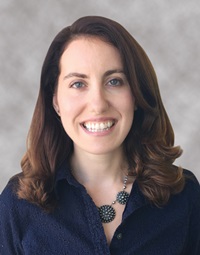 "Meieli has played a crucial role in growing both the caliber and number of clients at our marketing communications firm," said Daniel Weinbach, president and chief executive officer of The Weinbach Group. "She has also helped solidify our reputation nationally as a leading healthcare marketing firm. Now, she can mentor our next generation of communications specialists to do the same."

Ms. Sawyer joined The Weinbach Group in 2011 after working as a freelance journalist for six years, writing for print media, photo agencies, and breaking news sites as a masthead contributor. Her coverage included healthcare, business technology, lifestyle, and entertainment.

"Meieli has served our account with the perfect blend of tenacity and creativity," said Dayve L. Gabbard, executive director of Susan G. Komen® South Florida. "She has a second-nature understanding of the media and will thrive in her new role."

A native of Vermont, Ms. Sawyer earned her Bachelor of Science degree from Syracuse University. She also studied at London College of Fashion and Mackenzie Presbyterian University in Sao Paulo, Brazil.

About The Weinbach Group
The Weinbach Group, which is set to celebrate its 30th anniversary next year, consistently ranks among South Florida's top marketing firms and was recently named among the region's top PR firms. As a healthcare ad agency, the company has been nationally recognized for its work on behalf of clients including Jackson Health System and the Susan G. Komen Foundation. To visit our website, go to www.weinbachgroup.com.