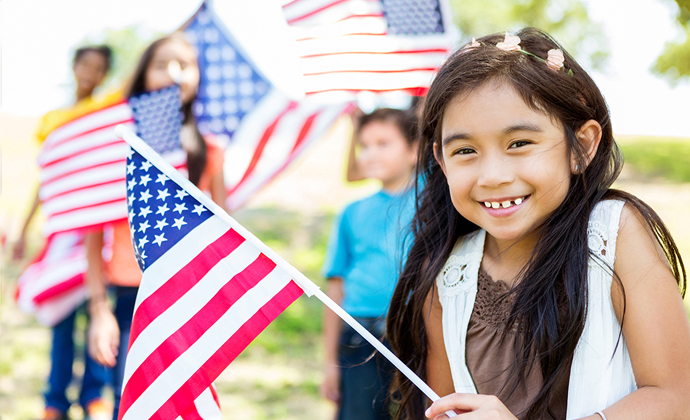 6 Key Facts About How The U.S. Hispanic Population Is Changing

948
Facebook Twitter LinkedIn WhatsApp Email Copy link Your browser does not support automatic copying, please select and copy the link in the text box, then paste it where you need it.

Our company started more than 30 years ago as a Miami public relations firm. Over the course of the past three decades we've evolved, and today, by all measures we look more like a Miami ad agency (more precisely, a healthcare advertising agency). But regardless of what you call us, our location in South Florida makes us keenly aware of the need to reach Hispanic audiences. With this in mind, we're sharing the following article published by the Pew Research Center.


The U.S. Hispanic population reached 57 million in 2015, but a drop-off in immigration from Latin America and a declining birth rate among Hispanic women has curbed overall growth of the population and slowed the dispersion of Hispanics through the U.S.

From the onset of the Great Recession in 2007 through 2014, the U.S. Hispanic population had an annual average growth rate of 2.8%, compared with an average 4.4% growth each year from 2000 to 2007. As a result, in terms of growth rate, Hispanics  once the nation's fastest-growing population  have now slipped behind Asians, whose population grew at an average annual rate of 3.4% between 2007 and 2014.

Here are key takeaways from our new report on the geography of the U.S. Hispanic population, which includes fact sheets and interactive county, metropolitan and state maps. (Data on Hispanic eligible voters are available in our state and congressional district interactives and fact sheets.)

2.The dispersion of the Latino population across the U.S. has slowed since the onset of the Great Recession. In 2014, half of the nation's counties had at least 1,000 Hispanics, a 4-percentage-point increase from 2007. But dispersion was more widespread from 2000 to 2007, when this share increased from 38% to 46% of all U.S. counties  an 8-percentage-point increase.

3. In recent years, the fastest Latino population growth has tended to come in areas with a relatively small number of Latinos. Three counties in North Dakota had the fastest growth in Latino population from 2007 to 2014. During this time, North Dakota added thousands of workers thanks to a boom in Bakken shale oil production. This Hispanic population surge may be a shift away from the South, which had eight of the 10 fastest-growing Hispanic county populations from 2000 to 2007. Even so, the South remains the largest source of growth, accounting for 43% of U.S. Hispanic population growth from 2007 to 2014.

6. More than half (53%) of the nation's Hispanics lived in 15 metropolitan areas in 2014. Los Angeles-Long Beach-Anaheim topped the list with 6 million Hispanics in 2014, a majority of whom are U.S. born, as is the case in most of these metro areas. Immigrants made up the majority in two of the top 15: In Florida's Miami-Fort Lauderdale-West Palm Beach, 61% of 2.6 million Hispanics were foreign born in 2014, while in Washington-Arlington-Alexandria (which includes the District of Columbia and parts of Virginia, Maryland and West Virginia), 53% of 900,000 Hispanics are foreign born.
Categories
Most Popular
Recent Blogs
Recent Press
Archives
Tpo