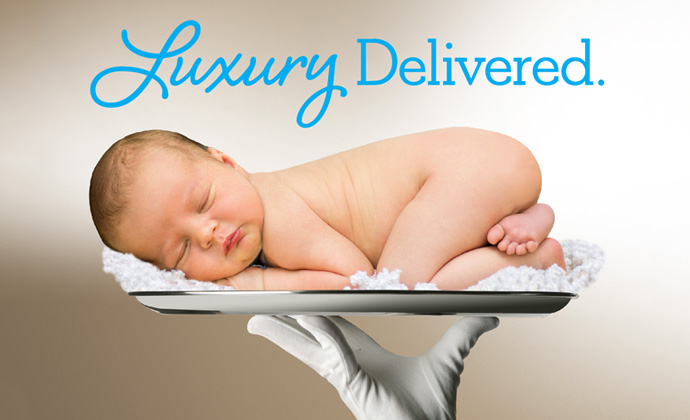 5.02k
Facebook Twitter LinkedIn WhatsApp Email Copy link Your browser does not support automatic copying, please select and copy the link in the text box, then paste it where you need it.

By: Marianne Aiello
As Seen In Health Leaders Media
Article Published May 11, 2016

Consumerism is playing an increasingly important role in healthcare, and maternity service lines are no exception. Here's how a safety net hospital developed a successful campaign to compete with private hospitals. 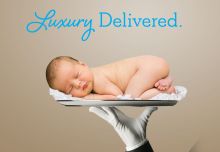 Most of the time, people don't want to go to the hospital.

This isn't news to hospital marketers, who are constantly working to build patient preference for services that they view as unpleasant (mammograms, colonoscopies).

To appeal to that group, the best route is often to highlight clinical excellence and technological advancements. These patients are more willing to deal with bland hospital food and outdated facilities if they're being cared for by the best clinicians in town.

But one of the few times that type of patient logic doesn't apply is when it comes to maternity services.
Of course, any expecting mom will tell you the quality of care comes first, but the patient experience and state of the hospital's facilities play a much more important role in the decision of where to give birth than almost any other kind of medical procedure.

"Much of the volume was driven by patients whose clinical or financial needs didn't leave them any alternatives," says Matt Pinzur, associate vice president of communications and outreach.

"That was doubly true in maternity, where Medicaid provides almost universal coverage for labor and delivery. Jackson needed to compete with private hospitals that dedicated much more resources to facilities, customer service, and amenities."

The suites, which were unveiled in July 2014, feature a spa-like atmosphere, leading-edge equipment, 20 private suites, and amenities for new mothers and families.

The Broad Appeal of Luxury

To get the word out to the community about Jackson's new maternity offerings, Jackson marketers teamed with The Weinbach Group, a healthcare marketing firm and creative agency in Miami, FL.

"We were beyond impressed with the environment Jackson had created for new parents," says Daniel Weinbach, the healthcare advertising agency's president and CEO.

"Of course, it looks nice, but the unit also has unique amenities that we had never seen before, including quiet work spaces for dads, a coffee and tea bar with fresh pastries delivered throughout the day, and housekeeping that treats the patient like a guest on a cruise ship with towel swans."

"All of these elements," he says, "were much more akin to what you would find in a hotel than in a hospital, so it seemed natural to draw the comparison as the basis of our campaign."

The team began working on an integrated campaign that would appeal to Jackson Memorial's diverse patient groups. Since the hospital's clinical expertise was well known, marketers decided the medical advertising should focus on the luxurious new facilities and the patient experience.

"It was built around an evidence-based belief that our target market gave high marks to Jackson's reputation for clinical care, but wouldn't consider us for maternity because they believed the facilities were outdated," Pinzur says.

"We wanted to speak directly to that mind block and liberate expectant moms to act upon their desire for top-flight care."

When the campaign launched in June 2015, it was comprised of English- and Spanish-language television, radio, print (daily newspapers, community newspapers, and magazines), outdoor (billboards), and online media.

"We knew the concept would be attractive to everyone, but the challenge was to tailor the message to Miami's highly-diverse population," Weinbach says.

"In this regard, we created ads for specific market segments. We developed three versions of the TV spot, including a Spanish-language version and a version featuring African-American talent. We customized our ads for print and radio as well. And we used a media mix that was likewise targeted to our diverse audiences."

The creative was eye-catching and, to some, eyebrow-raising. The initial billboards, which showed a baby on a silver platter held by a white-gloved hand with the headline "Luxury Delivered," resulted in mixed feedback.

"It was pretty far outside the margins of what you usually see in a hospital ad," Pinzur says.
"I even heard from one or two employees who were uncomfortable with the image, and I told them, 'Hey, at least you noticed it!' As the campaign expanded, we did what we usually do with our marketing, which is make sure to have a few different versions of the ads to reflect the diverse community we serve."

Aside from the tongue-in-cheek billboard, much of the campaign focused on the new amenities and luxurious experience rather than on babiesan intentional strategy.

"We wanted to create a campaign that really stood out, and in the context of maternity service line advertising, that meant a focus on the patient experience rather than babies," Weinbach says. "We were also working to address misperceptions that Jackson was old and outdatednot just surrounding maternity. So this campaign had dual purpose in that respect."

And the dual purpose achieved its desired results.

Jackson's maternity services also saw a significant increase in volumeup from 6,028 births in 2012 to a projected 7,500 for the current fiscal year.

"There's no question that the campaign was a strong statement in this community that something different was happening at Jackson," Pinzur says.

"It was the first time we really challenged the conventional belief about Jackson's facilities, and it showed there was a flood of pent-up desire to access Jackson care. Once we removed that single mind block about the facilities, we saw a huge increase in volume."
"Tellingly," he says, "almost all of the growth came from low-risk moms. They were actively choosing Jackson over the alternatives."

To Weinbach, the campaign results were also indicative of a larger trend in how patients are choosing maternity services.

"The results of this campaignboth the demonstrated interest by patients as measured by inquiries and the actual increase in delivery volumesshows us that maternity services are among those hospital services where the consumer is voicing her opinion," he says.

"Yes, the physician's hospital affiliation is still the driving force behind where a woman delivers her baby; however, like many areas of healthcare, consumerism is playing an increasingly important role." 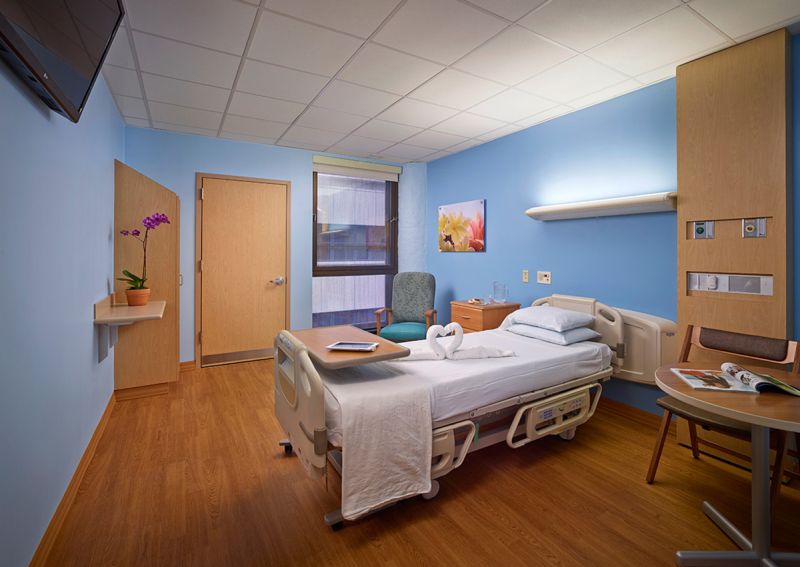 Quality of care comes first, but the patient experience and state of the hospital's facilities play a much more important role in the decision of where to give birth than almost any other kind of medical procedure. Miami-based Jackson Health System launched a campaign in 2014 to emphasize its focus on patient experience in its maternity service line. 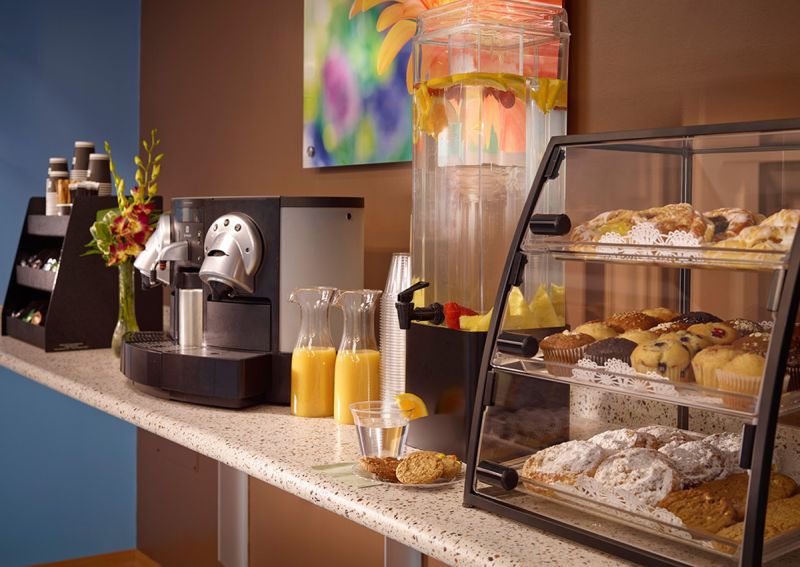 The unit also has quiet work spaces for partners, and a coffee and tea bar with fresh pastries delivered throughout the day. 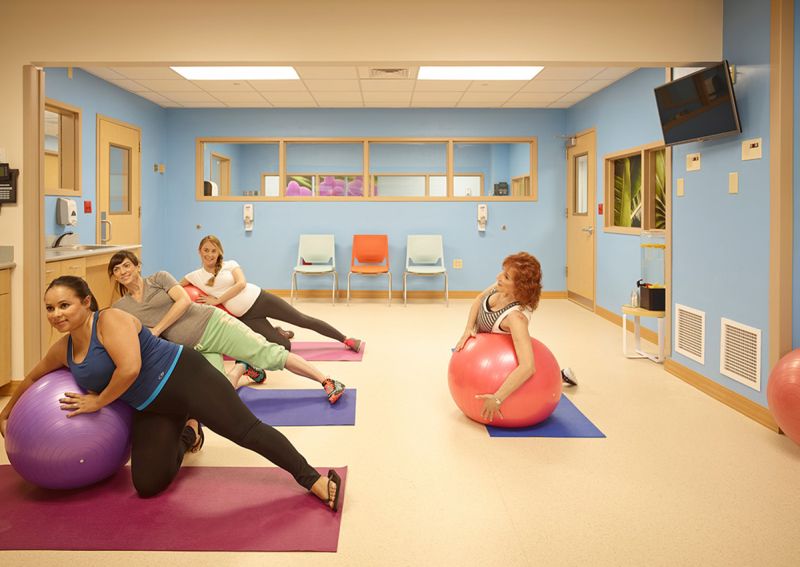 The suites, which were unveiled in July 2014, feature a spa-like atmosphere. 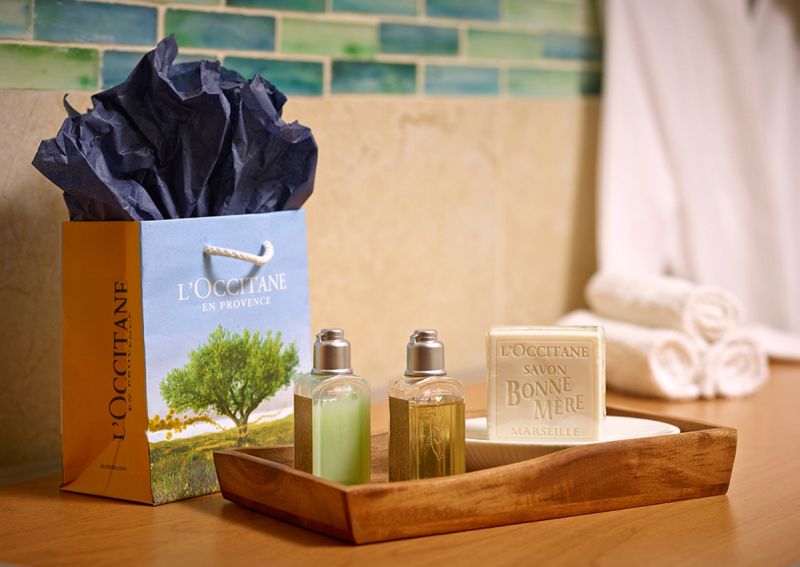 "Housekeeping treats the patient like a guest on a cruise ship."
Categories
Most Popular
Recent Blogs
Recent Press
Archives
Tpo