A Shoestring Budget Won't Stand In Our Way

The Miami Foundation, Miami-Dade County's oldest and largest community foundation, created Give Miami Day as a 24-hour
marathon of philanthropy where Miamians could donate to their favorite charities. Its purpose, beyond supporting local
non-profits, was to "democratize" philanthropy so more people in our community participated in the act of giving.

As its marketing communications agency, The Miami Foundation charged The Weinbach Group with promoting Give Miami Day to 1) recruit participating non-profits, 2) to raise awareness and anticipation of this special day of philanthropy, and 3) to motivate giving on the actual day of the event.

However, there was a catch. As a non-profit itself, The Miami Foundation had only a shoestring budget for the entire campaign and a very high fundraising goal  $2 million more than the previous year.

Take it online We created a one-minute video that focused on the "viral" nature of Give Miami Day  how one gift leads to another, to another, and so on. We disseminated the video to non-profits that had previously participated in Give Miami Day, and we encouraged them to share the video extensively through their own social media channels. Then, as the day drew near, we launched an online campaign that included banner ads, page-takeovers, and social media advertising.

In addition to the video, we created digital assets to connect participating non-profits to the event and to raise awareness among prospective donors, including web buttons and memes. Then, as the day drew near, we launched an online campaign that included banner ads, page-takeovers, and social media advertising.

We also generated media coverage from nearly every television station in the market, along with daily newspapers, radio stations, and lifestyle magazines. 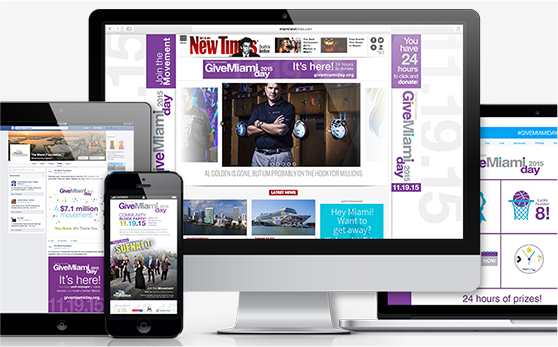 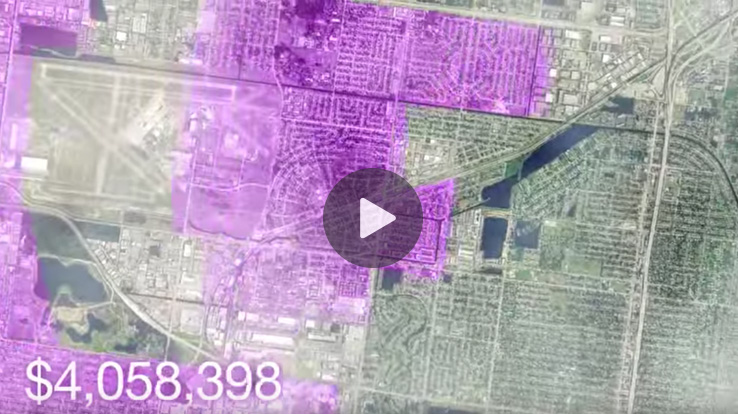 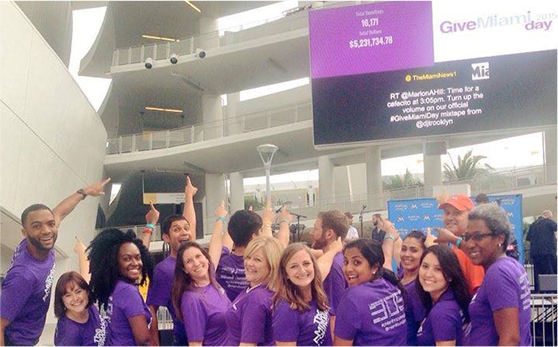 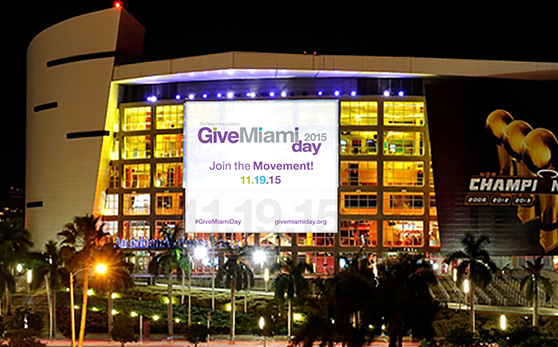 Results
We recruited more than 600 non-profits to participate.
Donors contributed $9.1million over a 24-hour period.
Give Miami Day exceeded the
previous year's total by more than $2million